A presentation of Virtual Reality for the first inauguation
of the VR-Cube at the Royal Institute of Technology
in Stockholm in 1997.

A spatial voyage into a virtual body.
We move inside a virtual microcosmos
through dwindeling nerves and visit
six different locations:


The Parallel Dimension was produced by PDC, KTH Stockholm
presented at the VR-Cube of the Royal Institute of Technology as a part of Stockholm Capital of Culture 1998 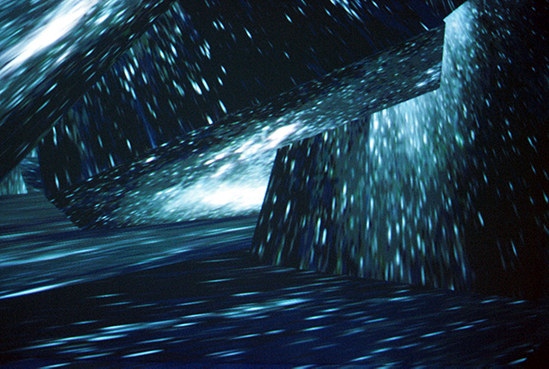 
Our brain is continuously renewing itself, through neurogenesis
and synaptogenesis, during our entire lifetime.
The parts which are particularly active and thus in a constant mode
of creativity are: the prefrontal region, which controls executive
decision making and shortterm memory; the inferior temporal region,
which plays a crucial role in the visual recognition of patterns
(objects, faces) and the posterior parietal region, which is important
for our orientation in a space.
All these qualities are fundamental for our daily life and the way we relate
to the world around us - and also particularly interesting when we enter
the realms of Virtual Reality, where we are being introduced to .
a whole new set of rules.

Sound illustration by Jean Skarstedt and Dominique Plaza.
Special thanks to Martin Ingvar 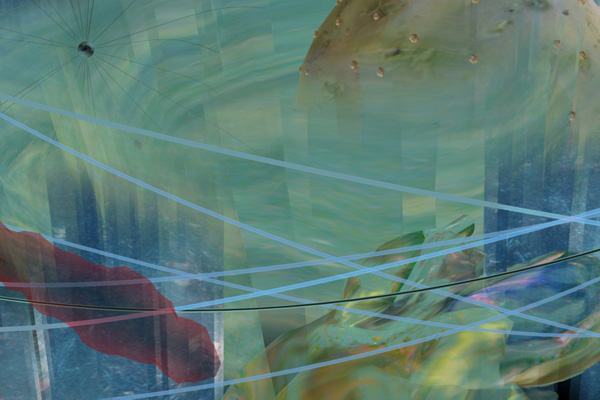 The human cell is still a mystery to usin many ways.
We cannot see it with the naked eye, only with
the help of powerful microscopes.
This Virtual Reality presents an imaginary inside
inside of a human eukaryotic cell, enlarged about
300.000 times to become a gigantic
space in which we can move around and imagine
what the interior and the various
organelles could look like, were we very very tiny...

WITH SUPPORT FROM KONSTNARSNAMNDEN/
THE ARTS GRANTS COMMITTEE SWEDEN 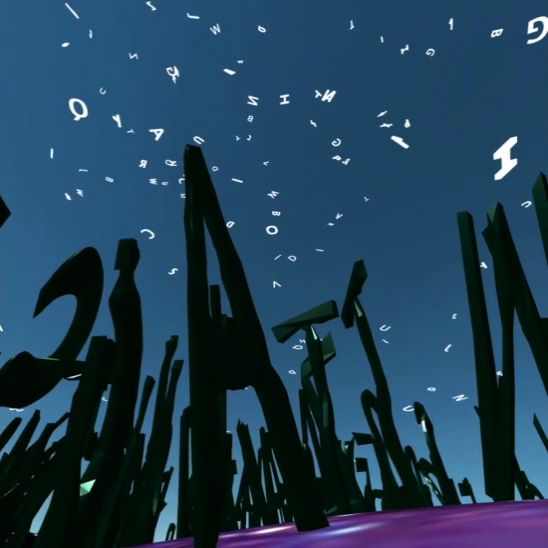 The virtual reality "MIND CATHEDRAL" is a metaphor for our mind,
our private cathedral. When we put on the VR goggles, we are
confronted with another world, real and not real at the same time.
We are a entering a virtual mental space where images and letters
dance and float in fantastic formations, exciting to explore and interact
with but also offering a possibility to let our mind wander in a peaceful way.
The notion of a boundary between the interior and exterior life is smaller than we think.
With the threshold of inside versus outside governing much
of how we understand the world, Mind Cathedral exposes the visitor
to a visual provocation, where unexpected exposure encounters
deliberate connection as an incitament to instant decision-making.
From inside the body to the outer world, a physical as well as
psychological experience.

MIND CATHEDRAL has been developed for Oculus Quest 2

All images and texts on this site are protected by copyright and may not be reproduced without permission.©TW